A VERY WARM WELCOME TO ALL PARISHIONERS OF ST PATRICK’S AND VISITORS TO OUR PARISH WEBSITE. 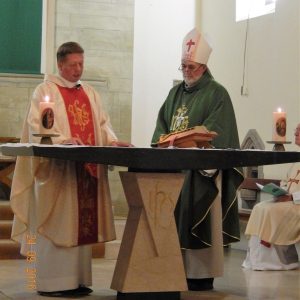 Fr Mario came to St Patrick’s on 4th December 2015 as a parochial administrator. Originally he comes from Poland where he lived and worked for many years in education. His natural gift to adapt to a new environment made it possible for him to take on new responsibilities as a parochial administrator here in Chislehurst. First, he was appointed as a parochial administrator of St. Patricks, bacaming a successor of Fr George Webster who retired. Fr Mario’s ministry initially was focused on the local parish community and on helping in the neighbouring parishes, but then expanded and now he is ministering in two parishes – Our Lady Help of Christians in Mottingham (Greenwich Deanery), and St. Patrick’s, Chislehurst. Here, Fr Mario reminds us about importance of 3 relics which are placed beneath the Church’s altar. These are St Lucian, St Grace (ancient Roman martyrs) and St Oliver Plunkett (Archbishop of Armagh, Ireland and martyr). Each year, 5th May is kept as a solemnity in St Patrick’s.

Fr Mario’s experience in education bears fruit here on the British soil as he is becoming popular at work with the youth. He is a chaplain to St. Vincent’s Catholic Primary School in Mottingham and helps on occasions in Christ the King Sixth Form College in Sidcup. We wish him a fruitful ministry both in OLHC and St. Patrick’s. Go to www.ourladymottingham.org for more information. 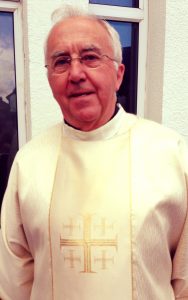 Deacon Roger is a family man, married to Maureen with four grown up sons and five grandchildren.

Roger started his working life as a meteorologist, and then spent many years in the travel industry before joining the Diocese of Westminster, working at London University Chaplaincy and co-ordinating the annual Diocesan Pilgrimage to Lourdes.

In the mid 1990s, he received a call to the Permanent Diaconate and commenced formation in 1997. Ordination followed in the Jubilee Year 2000.

Following his retirement from Westminster, Roger was appointed Assistant Director of Formation for the Permanent Diaconate in the Diocese of Southwark, and Bursar of the Inter-diocesan Formation Programme.

Apart from assisting the parish priest with pastoral work in the parish, Roger has made several trips to Ireland, together with Maureen, promoting the Permanent Diaconate which is just becoming established there.

Having been a member of St Patrick’s parish for over 40 years, Roger looks forward to seeing the parish go from strength to strength.